See what I did there?

I have a confession.  I geek out over building & shopping for computers.  There’s barely any money in it, otherwise I’d do it for a living.  But those jobs belong to robots and overseas underpaid factory minions, and that’s probably for the best (at least, the first part).

But yeah, I’m a geek.  I’ll pour over articles and reviews, pick out the components, fill and empty my Amazon or Newegg cart, go back and read more, pick some other components… I love it.  It’s ridiculous.

This happens to be in direct conflict with one of my other passions, frugality.  Yes, I’m cheap.  Thus, usually I end up geeking-out helping other people with computer builds or replacements or whatnot.

So when my boss decided one day, “Hey, let’s go down to Micro Center and see if we can put together a replacement for the SQL Server Development box”, aka ‘SQLDEV‘, I was more than happy to oblige.  Because, you see, he loves computer shopping almost as much as me.  And he also happens to have a fancy corporate credit card.  *cha-ching!*

Here’s what we picked up at Micro Center: 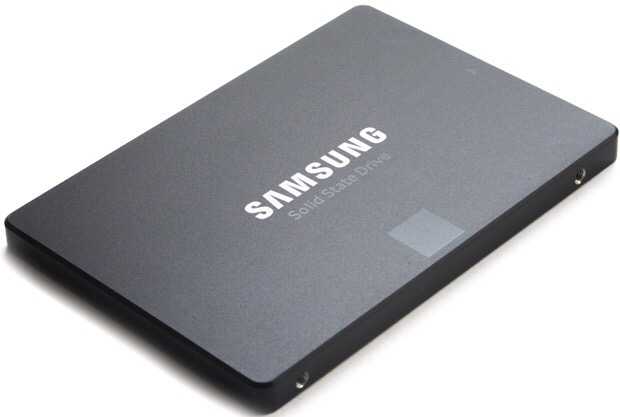 For those of you keeping score at home, that’s 6.5TB of dedicated SQL space, plus another half TB for boot/OS, plus another 5TB for “slow” storage.

Now, if we start poking around Amazon for used servers in the same class as the R710, we do find some pretty compelling — and much cheaper! — systems.  So did we just spend that money for no good reason?  Well, cosmetic arguments aside, I still say, emphatically, NO.  Here’s why.

So that’s where my geek flag has been flying this week.  My sales pitch to the boss was based on a post from Glenn Berry (http://www.sqlskills.com/blogs/glenn/building-a-desktop-workstation-for-sql-server-development-and-testing/), so if anybody’s to blame for feeding into the crazy, it’s probably him.  I’m sure he won’t mind!

Like any other business, our IT infrastructure has been slowly getting consolidated, converged, virtualized, and even moved to the cloud in some cases.  So granted, this is a short-term solution.  And because of said consolidations, we definitely do have decommissioned servers that may make a good home for “real” Dev/Test/QA environments very soon.  They’ll be expertly planned, well-managed, viable branches of the infrastructure… when the IT team has time to dedicate to those efforts.  But sometimes, there’s nothing wrong with a little good-old-fashioned geekdom, and having a little side-project that makes you gush like a schoolgirl & keeps you honest.

PS: Yes, the elephant in the room: the cloud option. I get it. Once again, the boss wanted to do it a certain way, and in this case, the cloud was not on the short-list. Next time, buddies!

Header image: our husky Keira at 2 months. No, that’s not a turd next to her mouth, it’s a treat.

Favorite Thing of the Now